Nanjing University’s vice president Wang Zhenlin tries to promote exchanges and cooperation with Hong Kong during his September-25-to-27 visit there in which he attended the 2018 Run Run Shaw Awards Ceremony and met with representatives of three partner universities in Hong Kong and other social celebrities.

Leaders of the university’s Taiwan, Hong Kong and Macao office accompanied him on the visit. 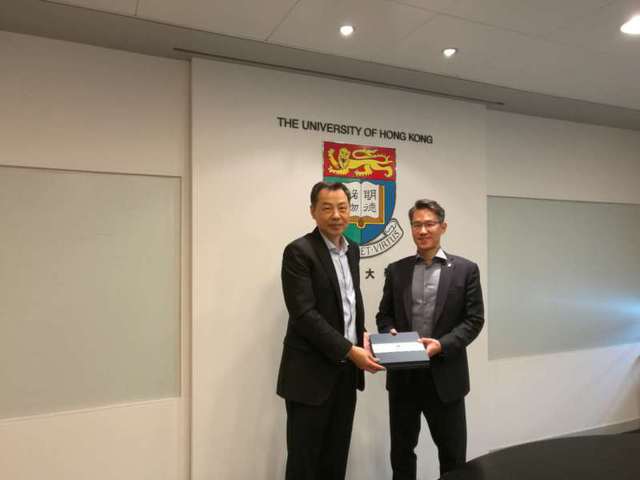 On the evening of the 26th, Wang attended the 2018 Run Run Shaw Awards Ceremony, an event also attended by Mrs. Carrie Lam, the Chief Executive of the Hong Kong Special Administrative Region, and Tan Tieniu, a deputy director of the Central Government Liaison Office.

During the ceremony, Wang had warm conversations and exchanges with Xu Yongji, executive deputy director of the Hong Kong, Macao and Taiwan Affairs Office of the State Ministry of Education, Lin Jianzhong, a trustee of Nanjing University’s board of directors and honorary president of the university’s Hong Kong Alumni Association, and leaders from Peking University and other partner universities.

These discussions were said to have reached agreement on establishing strategic partnerships based on current sound cooperation, carrying out summer project cooperation, expanding faculty and student exchange and research collaboration.

The delegation discussed with its various counterparts matters of joint projects such as the Leadership Training Camp of Hong Kong students, Nanjing Summer Internship Program for students of Hong Kong Baptist University and the “Into the New Era, Feel about New Jiangsu”- Exchange Camp of students from Hong Kong and Jiangsu.

(News from Office of Taiwan, Hong Kong and Macao Affairs)