Two research achievements by faculty of Nanjing University were on the list of China’s Ten Major Breakthroughs in Optics for the Year 2019, released the Chinese Laser Press.

One achievement is “active planar optical elements,” the brainchild of the team led by Professors Hu Wei and Lu Yanqing, of the School of Engineering and Applied Sciences. It is listed in the category of applied research.

The other achievement is “controllable quantum superposition of wave-particle duality,” by the team under the leadership of Professor Ma Xiaosong and Academician Zhu Shining, of the School of Physics, and it is in the category of fundamental research.

Wavefront engineering of light is central to optical application. With the turning of modern photonic technology towards miniaturization, integration, multi-functions and dynamic tuning, traditional optical elements relying on dynamic phase can no longer meet the needs due to their large sizes and limited functions. 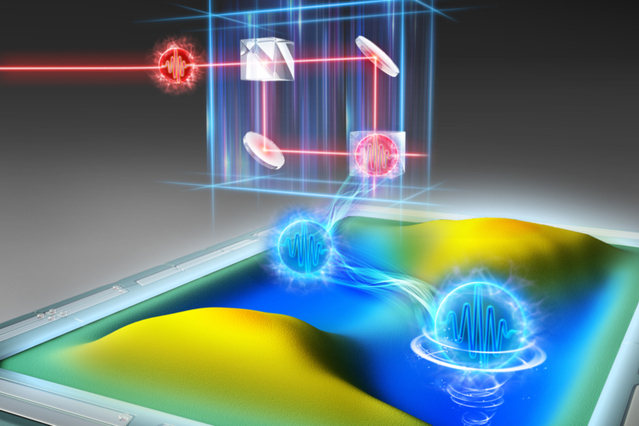 The question whether light is particle or wave has been debated for centuries. When quantum physics was established in the 20th century, people discovered the wave-particle duality of light. Then, can we find a way to control the single photon to make it work as particle, wave or the superposition of the two according to specific needs?

While strictly conforming to Einstein’s locality conditions, they have observed the controllable quantum superposition of the wave and particle states of photons. This finding has provided a new way of controlling for future quantum technology.

The recommendation and election of China’s Top Ten Major Breakthroughs in Optics launched by the Chinese Laser Press has been held for six years. It aims to introduce optics papers with important academic or applied values published by researchers within China on famous academic journals and thus promote the spreading of new knowledge in the field.

After recommendation, preliminary assessment, and final assessment, 20 outstanding optical papers were elected from a total of 110 and were awarded China’s Top Ten Major Breakthroughs in Optics for the Year 2019, 10 each for fundamental and applied studies.

The judging panel was made up of 48 optics and photonics specialists who considered the overall evaluation of 30 studies for the final assessment and, through secret ballot, voted for the Top Ten.